US, Sweden, Britain and Chile had players take a knee to protest racism, discrimination and inequality The U.S.women’s soccer team was among the squads on Wednesday to kneel before their matches in protest of racism, discrimination and inequality as the [Olympics](https://www.foxnews.com/category/sports/olympics) officially got underway The U.S.and Sweden teams took a knee before their match.An official blew a whistle and all the players dropped to one knee.According to [Yahoo Sports](https://sports.yahoo.com/olympics-soccer-players-kneel-uswnt-090330888.html) , at least one referee on the field also took a knee.The match officially started moments later.[CLICK HERE FOR MORE SPORTS COVERAGE ON FOXNEWS.COM](https://www.foxnews.com/sports) “It’s an opportunity for us to continue to use our voices and use our platforms to talk about the things that affect all of us intimately in different ways,” [Megan Rapinoe](https://www.foxnews.com/category/person/megan-rapinoe) said after their 3-0 loss to Sweden.”We have people from Team USA, from all over the country, from all backgrounds, and people literally from all over the world for every other team so I obviously encourage everyone to use that platform to the best of their ability to do the most good that they possibly can in the world, especially as all eyes are on Tokyo these next couple weeks” The U.S.

and Sweden weren’t the only teams to kneel in protest.The British women’s soccer team knelt before their first Olympics match against Chile.The players decided at a team meeting before flying to Japan they were going to take the knee.[SUE BIRD, EDDY ALVAREZ TO CARRY US FLAG AT OLYMPICS OPENING CEREMONIES](https://www.foxnews.com/sports/sue-bird-eddy-alvarez-carry-us-flag-olympics-opening-ceremonies) All squads pushed the limits of the International Olympic Committee’s (IOC) [rules about athletes performing political gestures at the Games](https://www.foxnews.com/sports/ioc-olympics-athlete-protests-political-gestures) .

“We felt strongly as a group that we wanted to show support for those affected by discrimination and equality,” Britain captain Steph Houghton said.”It was a proud moment because the Chile players took the knee too to show how united we are as sport,” Chilean players on the other side of the pitch appeared to be unaware of Britain’s protest at first.Once they spotted the kneeling, Chile midfielder Daniela Pardo did the same and her teammates followed.”It was an issue of not being in sync,” Chilean midfielder Karen Araya said.

“We weren’t able to communicate properly due to the language.The moment we saw the English taking the knee right away we decided to do the same and of course we are in favor of this type of thing.” Britain won their match 2-0.Earlier in July, the IOC extended more guidelines on athletes’ freedom of expression at the [Tokyo Games](https://www.foxnews.com/sports/tokyo-olympics-new-sports-debut) but warned against political gestures during official ceremonies, competitions and in the Olympic Village.[US WOMEN’S SOCCER’S EPIC UNBEATEN STREAK COMES TO AN END IN OLYMPICS MATCH](https://www.foxnews.com/sports/us-womens-soccers-unbeaten-streak-end-olympics) The IOC said the guidelines were approved by the executive board of the IOC as part of the IOC Athletes’ Commission’s (IOC AC) recommendations.The IOC said the guidelines offer “further clarity” on the “wide range of opportunities available to them to express their views.” Athletes will be allowed to express a political gesture prior to the start of a competition or during their introduction or the introduction of the team.However, the gesture must meet four different criteria.The gesture has to be consistent with the “Fundamental Principles of Olympism,” cannot be targeted at a certain people, country or organization, cannot be disruptive and cannot already be banned by a nation’s own Olympic committee or federation.”When expressing their views, athletes are expected to respect the applicable laws, the Olympic values and their fellow athletes.

It should be recognized that any behavior and/or expression that constitutes or signals discrimination, hatred, hostility or the potential for violence on any basis whatsoever is contrary to the Fundamental Principles of Olympism,” the IOC said.If an athlete breaks the guidelines, the IOC laid out possible discipline.The IOC could have disciplinary hearings, in which the athlete would be required to provide full transparency about their actions.[CLICK HERE TO GET THE FOX NEWS APP](https://foxnews.onelink.me/xLDS?pid=AppArticleLink&af_dp=foxnewsaf%3A%2F%2F&af_web_dp=https%3A%2F%2Fwww.foxnews.com%2Fapps-products) “The new guidelines are a result of our extensive consultation with the global athletes’ community,” IOC AC Chair Kirsty Coventry said at the time.

“While the guidelines offer new opportunities for athletes to express themselves prior to the competition, they preserve the competitions on the field of play, the ceremonies, the victory ceremonies and the Olympic Village.This was the wish of a big majority of athletes in our global consultation.” The Associated Press contributed to this report.. 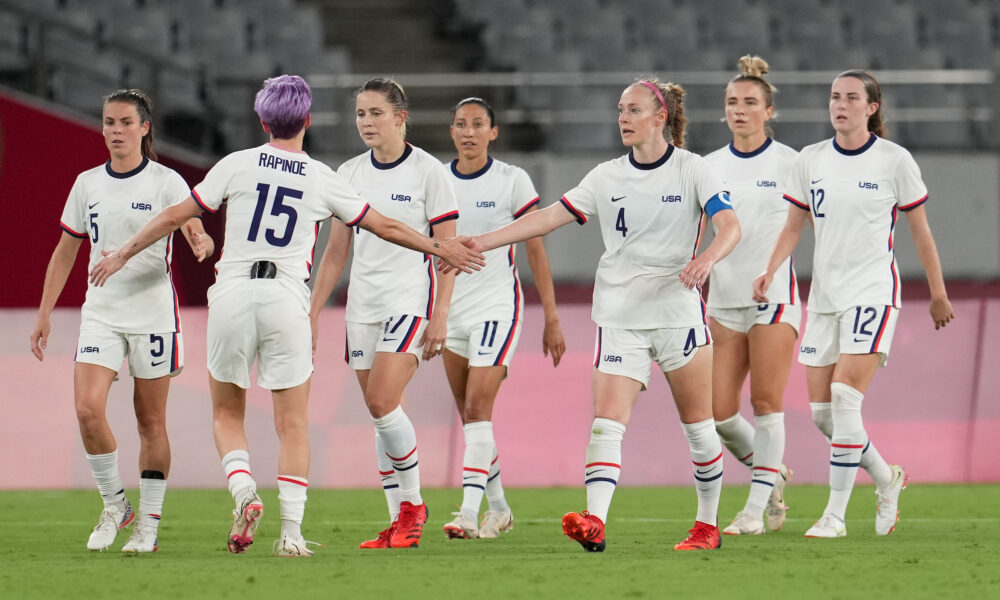 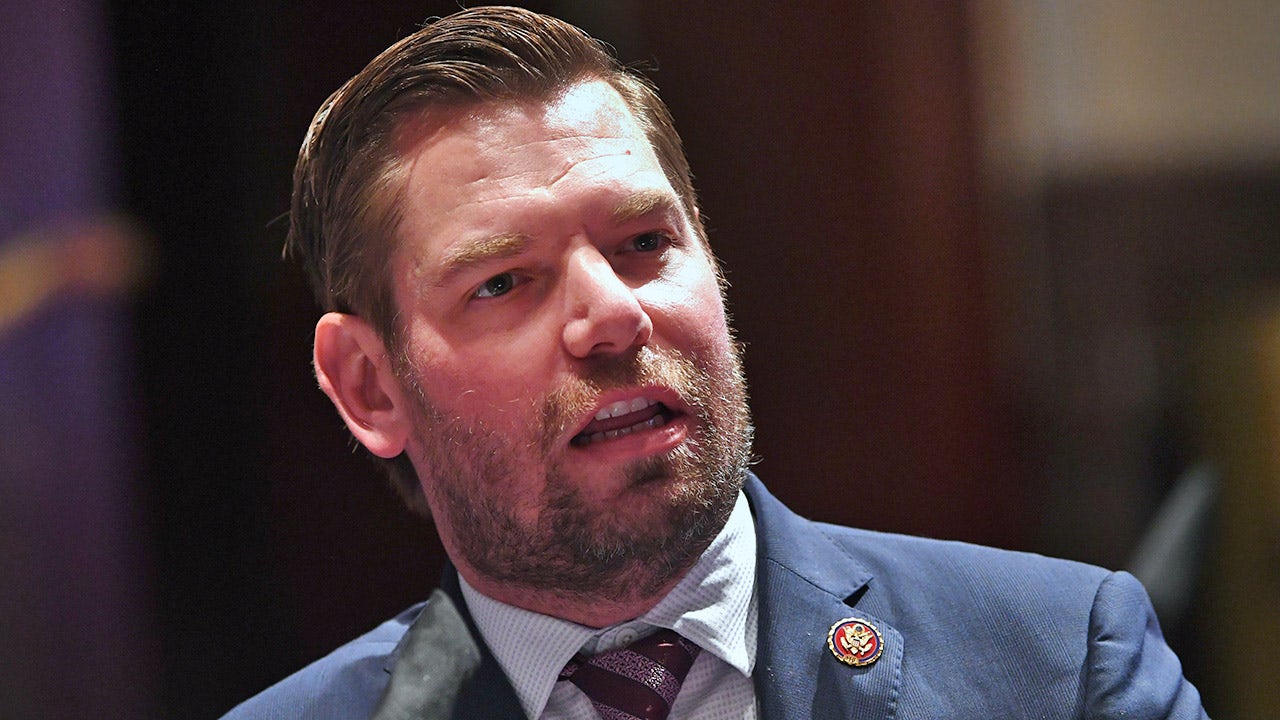 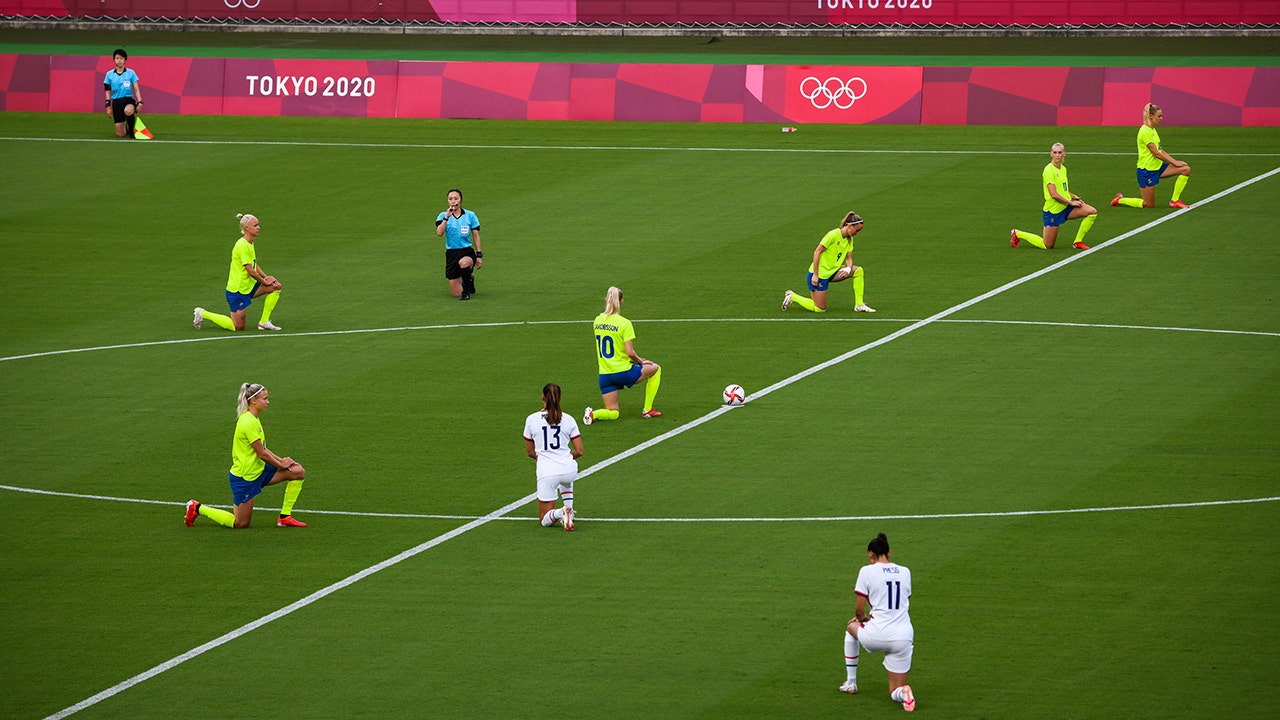