Eric Clapton is staying the course with his beliefs about the COVID-19 vaccines: He recently announced he won’t be performing “where there is a discriminated audience present.”

That means the guitar hero won’t play concerts in venues that require ticket-holders to be vaccinated .

“Following the PM’s announcement on Monday the 19th of July 2021 I feel honour bound to make an announcement of my own: I wish to say that I will not perform on any stage where there is a discriminated audience present,” Clapton said in a statement released exclusively to Italian architect and vaccine skeptic Robin Monotti Graziadei, who posted it Tuesday on his Telegram feed and Wednesday on his unverified Instagram account.

“Unless there is provision made for all people to attend, I reserve the right to cancel the show.”

On Monday, thousands of young people across England plan to dance the night away at ‘Freedom Day’ parties.

Clapton was talking about British Prime Minister Boris Johnson — now in the middle of 10 days of self-isolation after a positive COVID-19 contact — who made a statement about COVID-19 Monday, which was dubbed “Freedom Day” in England to mark the lifting of almost all pandemic-related restrictions .

“I would remind everybody that some of life’s most important pleasures and opportunities are likely to be increasingly dependent on vaccination,” Johnson said in his speech.

“There are already countries that require you to be double jabbed as a condition of quarantine-free travel and that list seems likely to grow,” he continued.“And we are also concerned— as they are in other countries — by the continuing risk posed by nightclubs.”

As COVID cases skyrocket with the Delta variant, it’s easier than ever to get a vaccine

It used to be hard to find a vaccine appointment.Not any more.Here’s how to get your COVID-19 shot.

Johnson said he didn’t want to have to close nightclubs again, after an 18-month shutdown that ended Monday, but encouraged those businesses to “do the socially responsible thing” and make use of the NHS Covid Pass for admittance.The pass shows a person’s proof of vaccination, a recent negative test or natural immunity.

COVID-19 cases are on a rapid upswing in the U.K.thanks to highly infectious Delta variant first identified in India.

On Tuesday, it reported more than 46,000 infections, up more than 40% over the prior week.

What happened to Van Morrison? The fall from eccentric genius to conspiracy theorist

On his new album, ‘Latest Record Project, Vol.1,’ Van Morrison shocked fans by espousing an array of conspiracy theories.The seeds were always there.

Advertisement Clapton, along with fellow musician Van Morrison, has been a voice of resistance throughout the pandemic, putting out music in the past year or so that argues against lockdowns and the like.(Morrison has also been a vocal COVID-19 skeptic .) Clapton said he experienced “disastrous” side effects after both doses of the AstraZeneca/Oxford vaccine.

“I took the first jab of AZ and straight away had severe reactions which lasted ten days, I recovered eventually and was told it would be twelve weeks before the second one…,” Clapton wrote in a May note to Monotti Graziadei.

“About six weeks later I was offered and took the second AZ shot, but with a little more knowledge of the dangers,” he continued.“Needless to say the reactions were disastrous, my hands and feet were either frozen, numb or burning, and pretty much useless for two weeks, I feared I would never play again, (I suffer with peripheral neuropathy and should never have gone near the needle.) But the propaganda said the vaccine was safe for everyone….”

Advertisement Clapton has a series of U.S.concert dates scheduled in September at locations in Texas, Louisiana, Tennessee, Georgia and Florida.

He’s also scheduled to embark on a European tour next year.

Meanwhile, U.S.rock band Foo Fighters has been subject to vaccine-skeptic protesters as they return to the live-music scene after playing the Vax Live concert at SoFi Stadium in Inglewood in May.

Dozens of protesters rallied outside a 600-person, vaccinated-only show in Agoura Hills in mid-June.

Advertisement “Separating humans is not OK,” one protester told KCAL News while wielding a sign outside the Canyon Club condemning the vaccination policy as “modern segregation.” “Those of us who have healthy immune systems should be able to enjoy these freedoms just like anybody else.”

Last weekend, Foo Fighters were scheduled to play a full-capacity show to reopen the Forum in Inglewood, with ticket-holders asked to self-attest as to their vaccination status or negative COVID-19 test results within 72 hours of the performance.

Unfortunately, despite the band making “every effort to follow CDC Covid protocols and local laws,” that gig was postponed last Wednesday after “a member of the Foo Fighters organization” came down with COVID-19 . 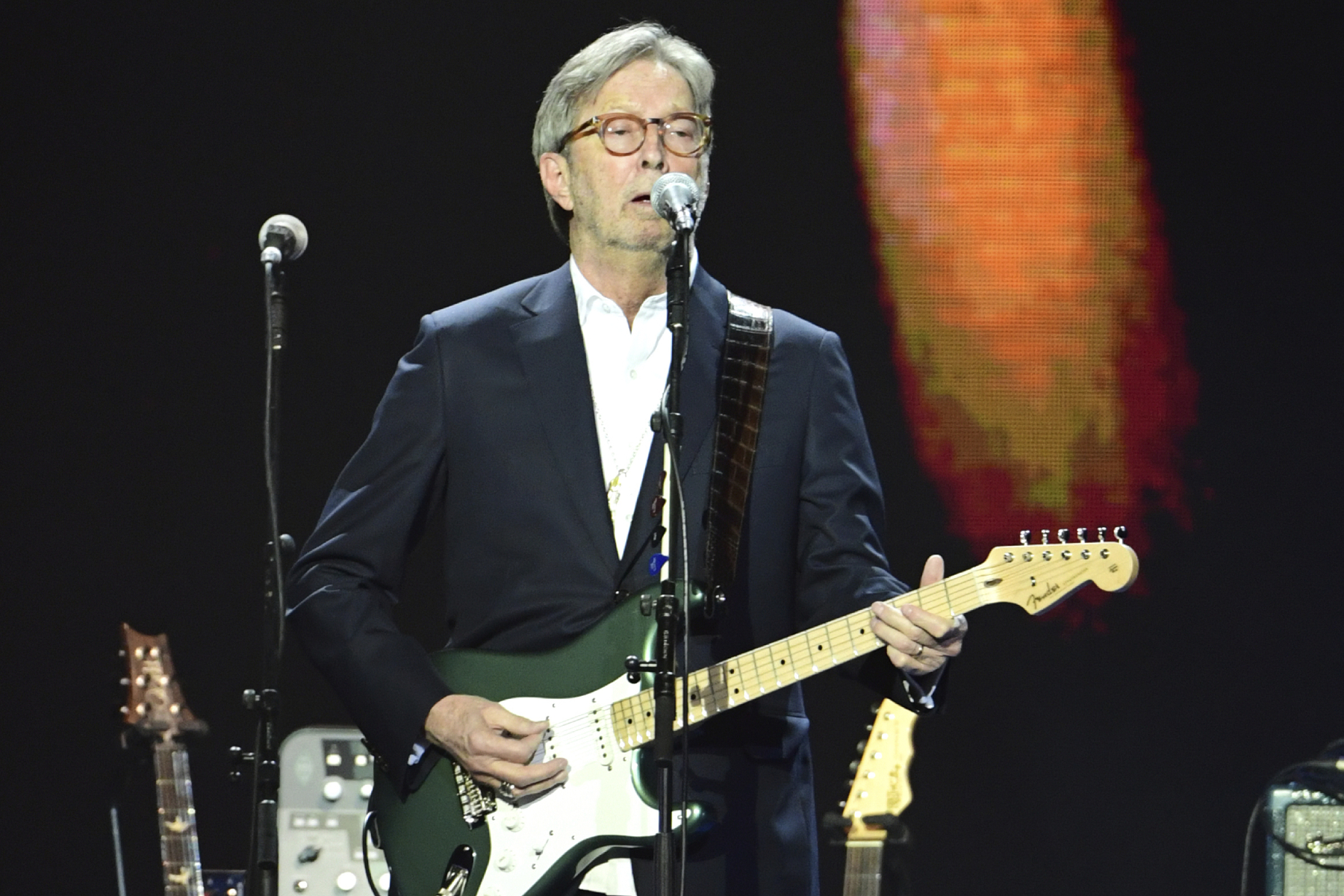 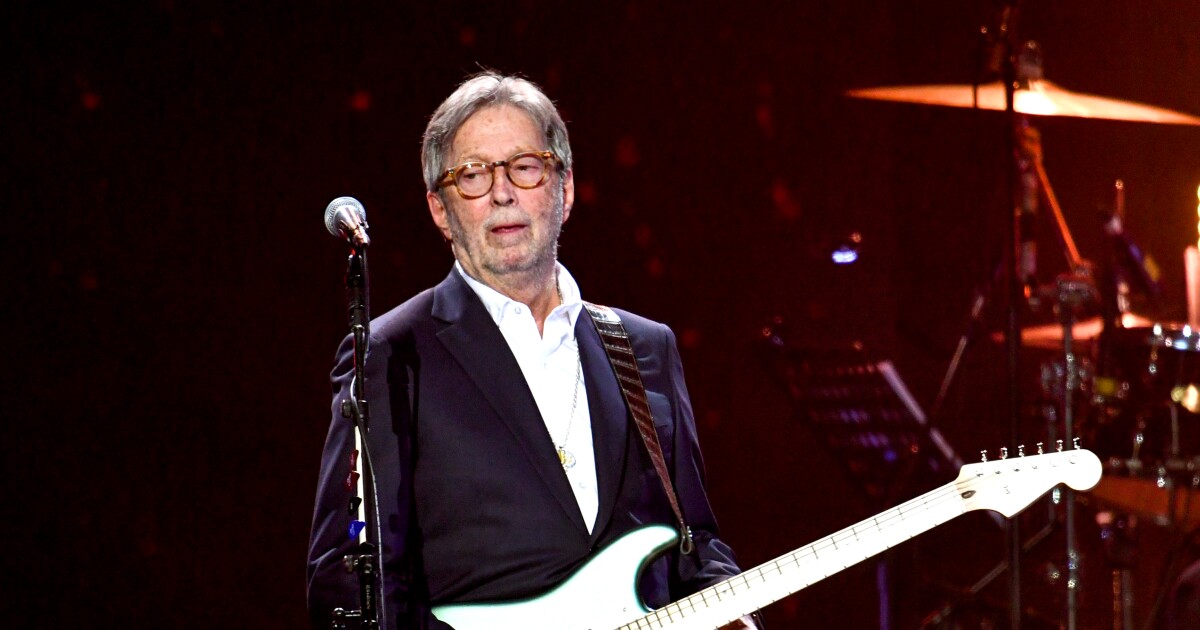