9, 2021 ALBUQUERQUE, N.M.— Claressa Shields has a million-dollar smile but a bank account worth far less, even though she’s arguably the best women’s boxer of all-time.

She has won two Olympic gold medals, world titles in three weight classes and, with a pro record of 11-0, is the undisputed junior middleweight champion and unified middleweight champion.Yet Shields, 26, said she has never been paid more than $350,000 for a fight — a pittance compared to what the top men’s boxers command.

“Where is my $1 million at?’’ Shields said during an interview with USA TODAY Sports.“Where is my big mansion and my nice cars at? Guys who haven’t done as much as me have more than me, and I had two Olympic gold medals even before I turned professional.

“So it’s like, I could be a 20-time world champ in boxing and I would still be in the same position.’’

So she traveled here.

In pursuit of the paydays that have eluded her, Shields has been preparing for her mixed martial arts (MMA) debut on Thursday.ESPN will televise the bout, which was arranged by the Professional Fighters League (PFL) and will take place in Atlantic City, New Jersey.

During a recent workout inside an Octagon cage, Shields got kicked in the head by one sparring partner and head-butted by another.She inspected a knot on her forehead after the workout and gingerly rubbed it.

But apparently, she has left her mark on her sparring partners, too.Claressa Shields talks with Maurice “The Hulk” Jackson following a training session at Jackson Wink MMA Academy.Steven St.

“More than anything else, I think what sets her apart is just that warrior’s spirit.’’ The G.W.O.A.T

A few hours after suffering the head-butt, Shields explained how unlikely all of this would have seemed in 2016.That year, after winning her second gold medal in back-to-back Olympics, Shields met UFC star Jon Jones.

“He was like, ‘You’d be the perfect boxer to come in MMA,’” Shields recalled.

Over the past six months, she has been training for MMA, with the occasional break.In March, for example, Shields became the first two-division, undisputed champion in boxing’s four-belt era.She did it with a unanimous decision against Marie-Eve Dicaire, who entered the fight 17-0.

Now, three months later, Shields will make her MMA debut against Brittney Elkin, who has an underwhelming record of 3-6 but is a brown belt in Jiu-Jitsu.

Win or lose, it will be back to work for Shields, the self-anointed G.W.O.A.T.(Greatest Woman Of All Time).Her second MMA fight is scheduled for August, and she is expected to box at least once before the end of the year.

“Because I’m the Greatest Woman Of All Time.Is there any other woman that can do that? I don’t think so.’’

Greg Jackson, who is one of Shields’ MMA coaches and has trained Jones, Holm and St-Pierre, marveled at his new prized pupil.

“To do what she’s doing is unprecedented,’’ Jackson said.“To have a boxer who’s had zero Jiu-Jitsu, zero wrestling, nothing, just boxing, and to step in at this level this quickly is crazy.

“That being said, we 100 percent believe in her.But we’re jumping in with not a lot of time, and the only reason I’m doing it is because she’s so impressive, because she picks things up so quickly, because she trains and tries so hard.

I really believe she can do it.’’

Why she would take the risk of serious injury and failure stems from her boxing success.She turned pro after the 2016 Olympics, has won a dozen championship belts and one day took stock of the rewards for all of her hard work.

“All I had was some belts in my drawer and not $1 million,’’ Shields said.

She blames the networks that televise fights for failing to pay her what she said she deserves.But it appears to be more complicated than that.Women’s MMA brings big paydays

Of the four women’s fights among the top 30 all-time based on pay-per-view buys, all were MMA contests, according to tapology.com.Those pay-per-view numbers, reflecting fan interest, have made women’s MMA more lucrative than women’s boxing.

While Shields said she’s waiting on $1 million, at least eight female UFC fighters have reached or eclipsed that threshold, according to reports by The Richest and Worthy.Retired star Ronda Rousey tops the list, having earned at least $8 million.

In 2017, when Rousey lost to Amanda Nunes in just 48 seconds, she earned a flat disclosed fee of $3 million, according to MMA Junkie.That same year, Cris Cyborg got a disclosed flat payout of $500,000 for her victory over Holm.

And at UFC 250 in June 2020, Nunes, the reigning bantamweight champion, earned $450,000 for her victory over Felicia Spencer, according to MMA Junkie — almost twice as much as any man who fought on the card earned.

Already, Shields said, her decision to compete in MMA is paying off.

“MMA has brought so much to my career,’’ Shields said.“Maybe I should have done this a couple of years ago.’’ Claressa Shields trains with MMA fighter Arlene Blencowe.Steven St.John, for USA TODAY Jon Jones, Holly Holm share expertise

A year ago, Shields and her manager, Mark Taffett, began to explore the possibility of competing in MMA.So they started talks with the primary MMA organizations, including UFC, Bellator, ONE Championship and the PFL.

Ultimately, Shields signed a three-year deal with the PFL, which was founded in 2018 and uses a regular-season and postseason format rather than year-round fighting.The PFL pays out $1 million to the champion of each of its weight divisions.

Taffett declined to provide the financial terms of Shields’ contract, but he said it calls for her to fight twice this year, twice in 2022, and in 2023 join the PFL’s regular season, which would make her eligible for the postseason and $1 million payout.

“The other organizations were interested not in an MMA career or a brand with Claressa,’’ Taffett said.“They were more interested in single fights, one-night spectacles.

“We were interested in developing her talents so she could get to the point where she could be not only the greatest boxer in the world but also the greatest two-sport athlete in history.And we knew that meant that it had to occur over a longer period of time.’’ Claressa Shields celebrates on the podium with her medals after the middleweight competition at the Rio 2016 Summer Olympic Games.Erich Schlegel, USA TODAY Sports

Soon, Shields connected with Jackson Wink Academy.She has worked closely with Jackson and another veteran coach, Mike Winkeljohn.Jones, who broached this possibility with Shields about five years ago, also has played a role.

After flying to New Mexico in December from her home in Michigan, Shields said, Jones reimbursed her for travel expenses and let her drive his Jeep for two weeks.They also trained together for a few days, with the sessions lasting up to four hours, according Shields.

“And I’m like ‘OK.’ And then he shows me once and I did it once and we add the details, and then we do it a second time and he was like, ‘Oh, (expletive).You got it already.’ ’’ Claressa Shields trains at Jackson Wink MMA Academy in New Mexico with coach Mike Winkeljohn.Steven St.

Shields has also sparred with Holm, who years ago made the transition to MMA from boxing and in 2015 handed Rousey her first defeat.

“There were so many things I couldn’t do,’’ Shields said.“And now as the weeks go by, now to hear (Holm) say after sparring, ‘Man, you were hard to take down today.

You were strong in the clinch.’… Maybe I should have done this a couple of years ago.’’ Clear choice: Faith over fear

For the past two months, Shields has hunkered down in Albuquerque, staying in a 400-square-foot apartment at the Jackson Wink Academy.

“I didn’t want to have the big, lavish apartment or a big, lavish hotel, the suite living down here,’’ Shields said.“It was like, no, I want to be kind of grounded knowing that I’m actually working toward something.’’

Jackson, the MMA coach, added, “You want a spartan lifestyle.

Soft pillows give you bad dreams, you know?’’

Of course, it’s also more affordable for a boxing star who has yet to make $1 million.

Training at least twice a day, Shields said she suffered a setback about two months ago.She spent the majority of every sparring round that day on her back.

Discouraged, she flew back to Michigan.

“Now, after I heard that sermon and I came back, it’s just been a whole different mindset, and I’ve been doing way, way better because I decided that no matter what, I’m going to win this fight.’’

Elkin, who will be Shields’ first MMA opponent, sounds just as confident.“I do expect quite a fight,’’ Elkin said.“I hope to take her somewhere she hasn’t been.’’ Claressa Shields trains with fighter Kayla Yontef.Steven St.John, for USA TODAY

Shields has only lost once — an amateur boxing match.

“I’m way tougher than all the girls in boxing, and I have a high pain tolerance,’’ she said.

“I chose faith over fear, and now everything is going pretty good.’’ THANK YOU FOR SUBSCRIBING

Stories like this are possible because of our subscribers like you.Your support will allow us to continue to produce quality journalism.

Stay up to date by signing up for one of our newsletters.. 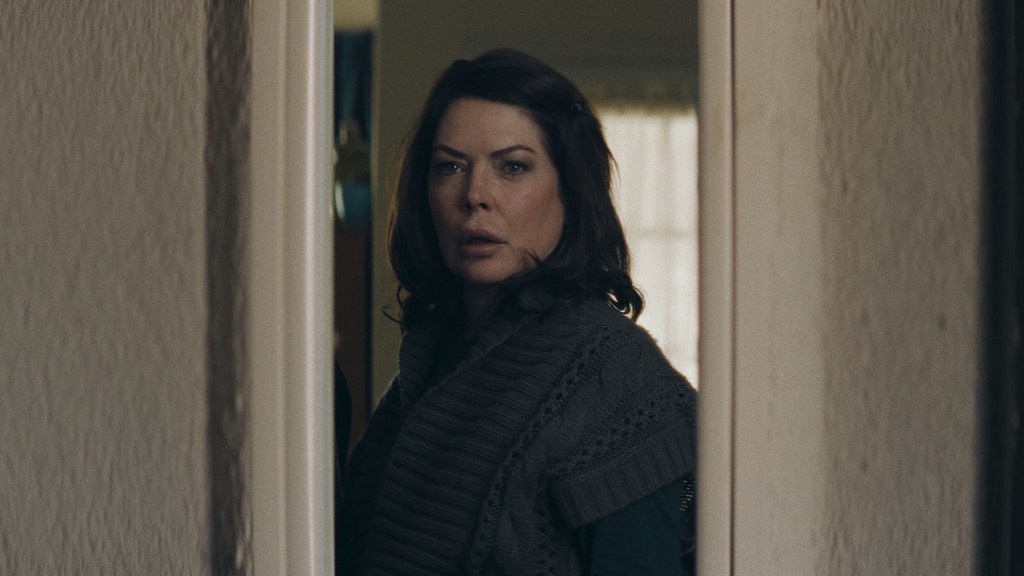 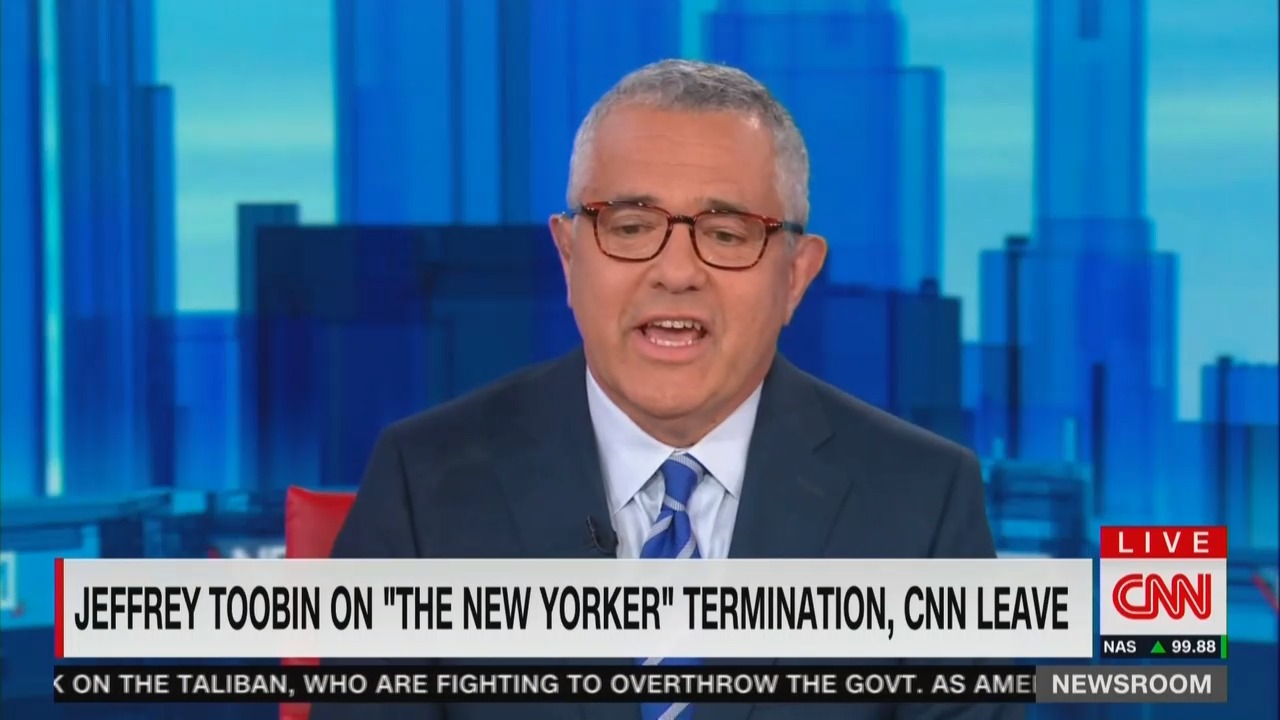