The publication, citing people familiar with the discussions, said the firebrand lawmaker privately asked the White House for clemency for himself and other, unnamed allies for any crimes they may have committed.The idea didn’t gain any ground with White House lawyers, however, and it’s unclear if Gaetz spoke of the pardons directly with Trump.

The reports add new complexity to news that Gaetz is under investigation for alleged sex trafficking and allegedly having a sexual relationship with a 17-year-old girl.The congressman, a staunch ally and vocal defender of Trump, also faced allegations last week that he had shown colleagues photos of naked women he claimed to have slept with.

Gaetz has rejected those claims.His office did not immediately reply to HuffPost’s request for comment.

Tom Williams/CQ Roll Call Donald Trump with Rep.Matt Gaetz (R-Fla.).The Times hadn’t determined if the White House or Gaetz knew about the investigation prior to Gaetz’s request (the lawmaker had publicly called for broad pardons for Trump allies , warning of “bloodlust” from the left).

The publication added, however, that some Trump allies have wondered if Gaetz’s public calls were an attempt to mask his own political vulnerabilities.

Trump did ultimately issue pardons for a swath of political allies in his final days, including his former adviser Steve Bannon.But notable names weren’t on the list, including Trump’s personal attorney Rudy Giuliani and all of Trump’s children .

In a defiant op-ed on Monday, Gaetz said he would “absolutely” not resign and once again rejected allegations he had paid for sex or, “as an adult man … slept with a 17-year-old.”

“Let me first remind everyone that I am a representative in Congress, not a monk, and certainly not a criminal,” the lawmaker wrote in The Washington Examiner.“My personal life is and always has been conducted on my own time and my own dime.Consensual adult relationships are not illegal.”

During the Trump years, Gaetz’s political clout rose meteorically as he became one of the then-president’s most vocal defenders.

After Trump lost the 2020 race, the Florida lawmaker touted conspiracy theories that the election was stolen via rampant voter fraud (there is no evidence to back up those claims) and baselessly suggested anti-fascist groups were behind the deadly Capitol riot.

Trump regularly praised Gaetz during his administration, singling him out as one of his most ardent supporters and predicting he would be “going places.”

For now, those days appear to be over.The Times added that Trump’s allies have been urging the former president to stay quiet and distance himself from Gaetz during the investigation.

Amid Sex Abuse Allegations, Rep.Gaetz Invited To Speak At Pro-Trump Event At Trump Hotel I Am ‘Not A Criminal’: Embattled Rep.

Calling all HuffPost superfans! Sign up for membership to become a founding member and help shape HuffPost’s next chapter Join HuffPost Do you have information you want to share with HuffPost? Here’s how. 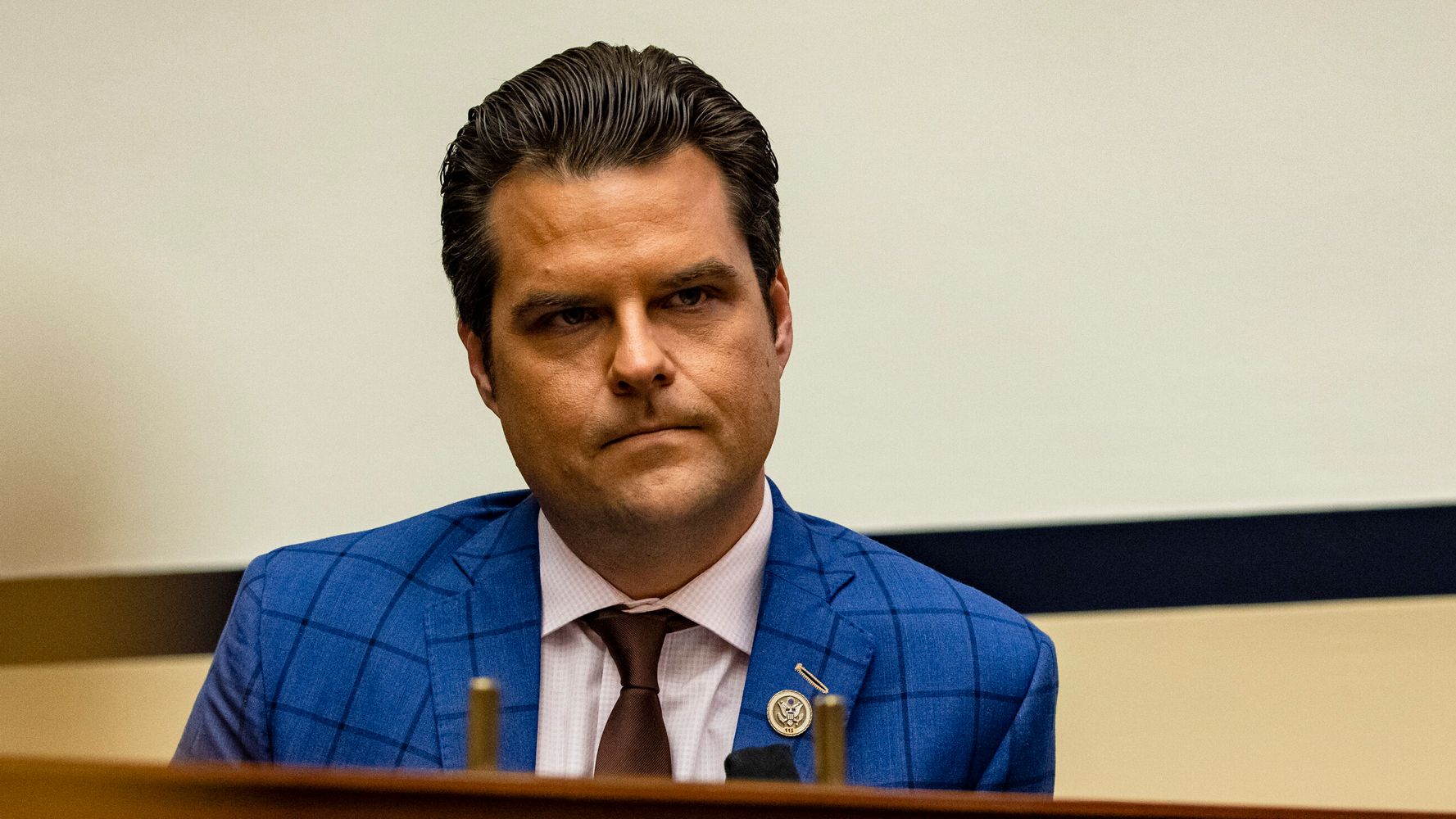