Three people died Monday when a small plane crashed in South Florida, colliding with an SUV, in a dramatic crash captured on a doorbell camera.Pembroke Pines Fire Rescue told CBS Miami that the crash occurred shortly after the plane took off from the North Perry Airport.

As the aircraft went down in a residential neighborhood near the airport, the plane collided with an SUV occupied by a woman and a young boy, who were transported to a nearby hospital, officials said.The boy later died at the hospital.

CBS Miami obtained Ring video of the crash from Anabel Fernandez, who lives directly across the street.

The video shows the car driving down the residential road when the plane drops out of the sky and slams into it.The plane then careens into the airport fence and explodes into a ball of flames.

The spilled fuel from the crash burns and stretches across the road.

The two passengers in the plane were declared dead at the scene.

“We heard like a bomb, like a tremendous noise and everything was on fire and it dived into a car,” said Anabel Fernandez.”I live right here.I walk with my babies every day.The plane could have got us all.

In video from CBS Miami’s helicopter, fire rescue crews could be seen spraying foam on the burned wreckage of the plane.Trending News. 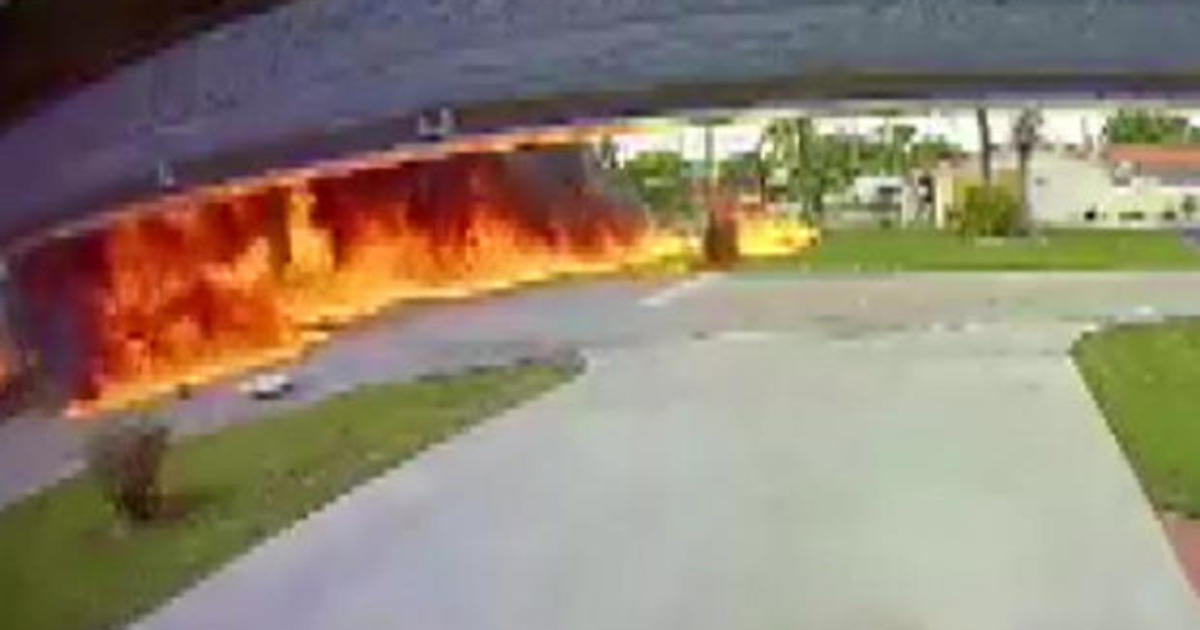