Grieving Mom Fears Coroner’s Grisly Funeral Home Gave Her Fake Ashes HOUSE OF HORRORS Chantal Reh handed her stillborn baby’s body over to Shannon and Staci Kent in 2018.She still has no idea if the ashes she got back are her daughter’s.Updated Feb.20, 2021 5:04PM ET / Published Feb.20, 2021 4:52PM ET Summit County Sheriff’s Office

Chantal Reh never got to know her daughter Christie, who had been diagnosed in the womb with Turner’s Syndrome, a rare chromosomal disorder, and was stillborn.

Nearly three years later, Reh still doesn’t know if Christie’s ashes, which she keeps at home in a small urn, are actually Christie’s.

Shortly after she delivered her baby at a Colorado hospital in August 2018, Reh says she was given a list of funeral homes in the area that would cremate such a small body.

The only ones willing to provide the service were owned by a local couple, Shannon and Staci Kent.There was no reason for doubt—after all, Shannon Kent had been appointed Lake County coroner in 2012.

However, on Thursday, Colorado police arrested Shannon and Staci Kent after finding a decaying corpse in a funeral home they previously operated.

The body was identified as that of 42-year-old Victor Akubuo, a trucker who was killed in a semi-trailer crash last July, after which Akubuo’s family hired the Kents for funeral services.The corpse was reportedly discovered by a new funeral business that was moving into the building.

Since 2012, Shannon Kent, 45, has served as the Lake County coroner alongside running a private funeral home business.

A search warrant affidavit filed by Lake County Sheriff Amy Reyes reveals a spate of disturbing details about the couple, whose operating license was permanently revoked in December .Among other chilling anecdotes, a former deputy coroner in Colorado who planned on buying the Kents’ funeral homes describes backing out of the deal after discovering an unidentified infant found in a tiny casket that appeared to have been sitting in a freezer since at least last October.

Reh, who had not heard about the arrests until being contacted by The Daily Beast on Saturday, wonders if the body might have been Christie’s.

Reh and her partner took their first and last photos with Christie back in 2018, and the hospital released the body to Staci Kent—who promptly went dark.

“We were calling her and calling her, and she wasn’t answering for days and days,” Reh told The Daily Beast, explaining that she wanted to go to the funeral home so she could “see my baby one last time,” before the body was cremated.

Eventually, Staci texted Reh and scheduled an appointment for her to come in the next day.But when she got there, Reh says, Staci refused to let her see Christie’s body, which she claimed had been moved to another location.Besides, Staci said, Christie’s remains had been “sitting so long, the remains would be discolored and dismembered,” Reh recalls Staci telling her.

Ten days later, Staci finally handed over Christie’s ashes to Reh in a sealed urn.Immediately, something seemed off.The remains were not in the urn Reh had chosen, nor was there any paperwork identifying them as Christie’s.

Reh tried to confirm that the plastic baggie filled with ashes in fact contained her daughter’s remains, calling Staci weekly, then monthly, until finally giving up.The ashes “looked like pencil shavings or something,” said Reh, who said she never even got confirmation that the ashes were indeed human.

“Still to this day, she has never gotten back to us,” she said.

The Kents were unable to be reached for comment.John Scott, a defense attorney who has represented the Kents in the past but has not yet been retained in the latest case, expressed cautious doubt about the charges.

“A lot of the allegations that this District Attorney’s office has been making are very questionable, as far as I’m concerned,” Scott told The Daily Beast.“Based on my history with them, I’m a little bit skeptical.”

The latest investigation into the couple began in February 2020, when a grieving mom called the Lake County Sheriff’s Office and left a voicemail.

The unidentified woman explained that her baby son had been stillborn in December 2019.

Like Reh, she was not getting straight answers from the Kents about taking possession of her son’s remains, and said dealing with them had been a “nightmare.”

According to the search warrant affidavit, Staci Kent promised the woman and her fiancé that their child would be cremated in time for a Christmas service.The price for an adult cremation was normally $400, but since the body was so small, Staci said she’d only charge $200.The couple would get their child’s remains by Dec.

20, Staci assured them.A week went by, then 10 days, and the two hadn’t heard from Staci.On Dec.23, they were finally able to reach her, the filing says.

Something “seemed off and fishy,” they told Staci, who “apologized profusely and [said]…she would waive the cremation charge,” it continues.Staci explained that the body had been transferred to another location to be cremated, something to which the parents had not agreed.They asked Staci how they could be sure the ashes were indeed those of their child, it says.Staci told them not to worry.

When a funeral home employee dropped off the ashes at the couple’s home that evening, they grew even more suspicious.The worker handed over a “black plastic urn of ashes…affixed with a zip tie.” The ashes were delivered with no paperwork—no death certificate, no chain of custody, and no name attached.

They also weighed almost a full pound, the mom said, which was far more than it should have been for a premature infant.

Had their baby’s remains been mixed up with someone else’s? Did the container they were given contain more than one person’s ashes? Staci told the couple that they’d just have to take her word for it, the affidavit says.Shannon also explained that the excessive weight could be due the body being cremated while wearing “excessive clothes,” or perhaps the “extremely heavy” cardboard box in which the body was transported.

A subsequent investigation by two experts found shards of metal that looked like pieces of jewelry that had melted in the heat of the crematorium.Further, the remains were those of a “minimum of two people”—an infant along with a “larger individual.” “You’re going through a painful time, and these people are treating their loved one like a sack of radishes.”

Although the affidavit does not include the mother’s name, the details and dates appear to describe David Roemer and Elizabeth Witthoeft , a Colorado couple who filed a civil lawsuit against Kent alleging he mishandled their stillborn son’s remains .According to Remington Fang, the attorney representing Roemer and Witthoeft, one of the funeral homes operated by the Kents kept bodies not in a refrigerator but in a garage .

“What happened to my clients was just horrific,” Fang told The Daily Beast.

“They took away the last bit of comfort that these parents had.”

Ashes from a stillborn baby should fit inside a baggie 1 inch wide by 2 inches tall, said Fang.The bag of remains Roemer and Witthoeft received weighed 3/4 pound, and didn’t come close to fitting inside the infant-sized urn they bought.When they asked the Kents for a larger urn, Fang says, Shannon replied, “Now you’re just asking for a handout.”

“You trust these funeral homes to take care of and show respect to a deceased person,” he said.“You’re going through a painful time, and these people are treating their loved one like a sack of radishes.”

The Kents have long been under suspicion by authorities for what they say are sloppy, even criminal, business practices.

In September 2019, Shannon was indicted for dispatching Staci to “numerous death scenes” without being licensed to practice as a coroner.

In one instance, she showed up to collect a body without bringing a body bag.After being charged with second degree official misconduct, a petty offense, Shannon confronted the district attorney in a courthouse hallway and told him to “pull his head out of his ass,” according to court filings .

Deputies serving a search warrant at one “encountered a strong odor of decomposition and discovered the following: used body bags, medical gloves, and other surgical equipment with dried bodily fluid on them piled on the floor; dried bodily fluids on the metal preparation table and the floor; bodily fluids leaking out of a blue body bag containing a decedent that was not refrigerated; numerous bags of unlabeled cremains; a container of animal remains leaking fluids; a sealed casket with dirt on the exterior containing the remains of John Doe that had been exhumed; several bodies in refrigeration wrapped in sheets or blankets without identifying tags or paperwork; a small unmarked casket containing a stillborn infant that was ‘abandoned’ according to Respondent; and paperwork scattered several feet deep on the floor of what appeared to be the business office,” says the DORA report .

Chantal Reh wonders if the stillborn baby noted in the report might have been Christie.

“I have been begging for testing to be done on this body and from what the sheriff and detective told me they couldn’t get permits or approval to do so,” she says.

“I am devastated to think that body might be my little girl and now will never know.”

Reh, who circulated a petition trying to get Shannon recalled from his position as county coroner, says she had just about given up on him or Staci ever facing any consequences when she heard of the arrests.

“They’ve been in trouble multiple times and nothing has ever come of it,” Reh said, describing a sensation of “immediate butterflies and relief” upon getting the news.“I felt kind of helpless in achieving anything…At this point I’m so mad, I don’t have any tears left.”

Shannon and Staci Kent were released on $10,000 bail, and are due back in court March 9.A judge forbade Shannon Kent from handling any coroner duties for the county until further notice.READ THIS LIST. 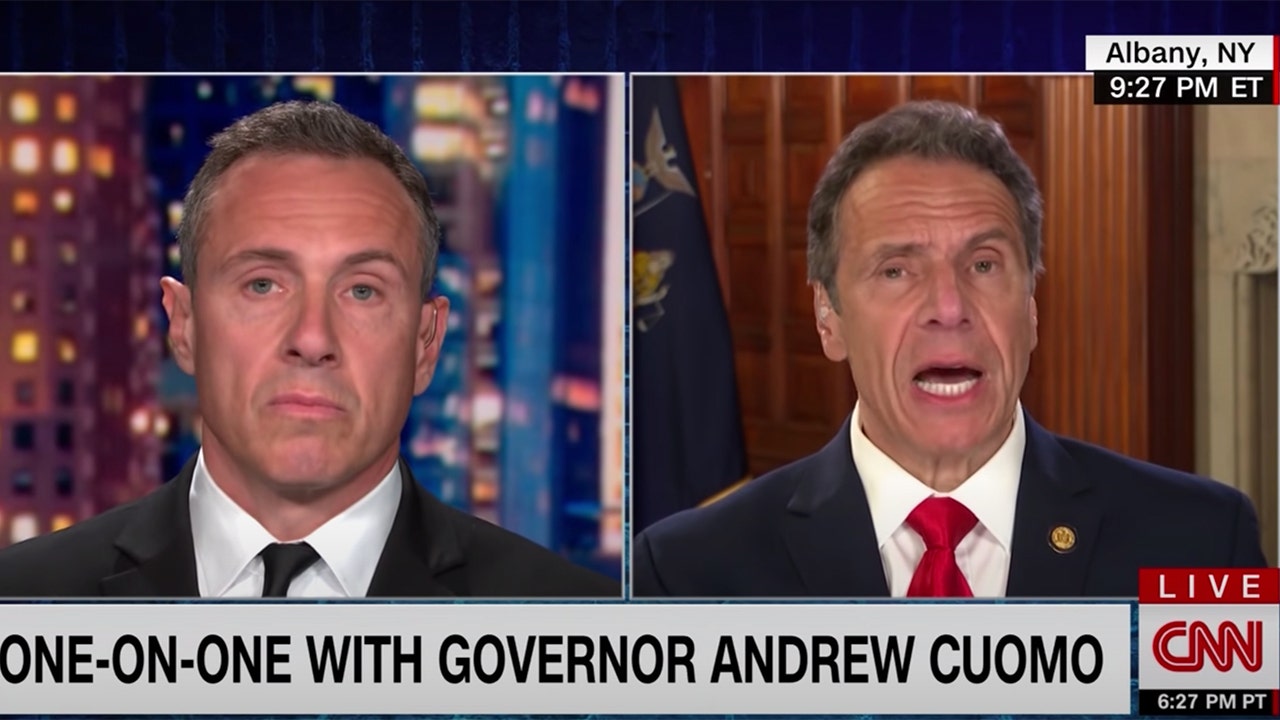