Subscribe Shop Travel With Us SmartNews History Science Ingenuity Arts & Culture Travel At the Smithsonian Photos Video Games Magazine Newsletters The True History Behind Netflix’s ‘The Dig’ and Sutton Hoo One of the greatest archaeological finds in British history, the Anglo-Saxon burial changed historians’ view of the Dark Ages Netflix’s The Dig dramatizes the excavation of an elaborate Anglo-Saxon ship burial.(Larry Horricks / Netflix) By Jeanne Dorin McDowell 5, 2021 9:38AM

In the summer of 1937, as the specter of World War II loomed over Europe, Edith Pretty , a wealthy widow living near Woodbridge, a small town in Suffolk, England, met with the curator of a local museum to discuss excavating three mounds of land on the far side of her estate, Sutton Hoo .(The name is derived from Old English: “Sut” combined with “tun” means “settlement,” and “hoh” translates to “shaped like a heel spur.”) After Pretty hired self-taught amateur archaeologist Basil Brown , the dig began the following spring.

Over the next year or so, Brown, who was later joined by archaeologists from the British Museum , struck gold, unearthing the richest medieval burial ever found in Europe.Dating back to the sixth or seventh century A.D., the 1,400-year-old grave—believed to belong to an Anglo-Saxon king—contained fragments of an 88-foot-long ship (the original wood structure had deteriorated) and a burial chamber filled with hundreds of opulent treasures.The British Museum, which houses the trove today, deemed the find a “spectacular funerary monument on epic scale.”

The importance of the Sutton Hoo burial cannot be understated.Not only did the site shed light on life during the early medieval Anglo-Saxon period (roughly 410 to 1066) but it also prompted historians to revise their thinking about the Dark Ages, the era that followed the Roman Empire’s departure from the British Isles in the early fifth century.Contrary to long-held beliefs that the period was devoid of the arts or cultural richness, the Sutton Hoo artifacts reflected a vibrant, worldly society.Basil Brown (front) led excavations at Sutton Hoo.

“The discovery in 1939 changed our understanding of some of the first chapters of English history,” says Sue Brunning , a curator of early medieval European collections who oversees the British Museum’s Sutton Hoo artifacts.“A time that had been seen as being backward was illuminated as cultured and sophisticated.The quality and quantity of the artifacts found inside the burial chamber were of such technical artistry that it changed our understanding of this period.”

Given the inherent drama of the excavations at Sutton Hoo, it was only a matter of time before Hollywood offered its own take on the events.The Dig , the new Netflix film starring Carey Mulligan as Pretty and Ralph Fiennes as Brown, is adapted from a 2016 novel of the same name by John Preston, nephew of Peggy Piggott, a junior archaeologist on the Sutton Hoo team.

The film follows the excavation, including the stories of the main characters, tensions between them, and romantic involvements.Pretty, who had a young son, has always been fascinated by archaeology and recruits Brown to begin excavating the mounds which they both believe to be Viking burial grounds.When Brown unearths the first fragments of a ship, the excavation proceeds full steam ahead.

Minus a few plot points inserted for the sake of dramatic storytelling (Brown’s relationship with British Museum archaeologist Charles Phillips wasn’t nearly as contentious as portrayed, for instance), the movie mostly adheres to the real story, according to screenwriter Moira Buffini .But Buffini professes that in the script, she did omit Pretty’s obsession with “spiritualism” and penchant for speaking to the dead.

Even with its historical discrepancies, the Netflix film does a public service in that it introduces the extraordinary Sutton Hoo story to a new generation of viewers.

At the same time, The Dig illuminates the role archaeology plays in unearthing previously unknown narratives.

Buffini, who adapted Jane Eyre for the screen in 2011, conducted extensive research on Sutton Hoo, poring over Brown’s notebooks, inquest reports and photos and drawing inspiration from “each bit of treasure recorded, measured and drawn for posterity.”

“One is struck by the tenderness Brown felt for all of the artifacts,” Buffini says.“He spoke of the respect and almost familial love hidden in the artifacts, and how there was incredible culture and craftsmanship outside and beyond the Roman Empire.” Gold shoulder clasp with inlays of garnets and glass ( Rob Roy via Wikimedia Commons under CC BY-SA 2.5 )

Over the course of several excavations in 1938 and 1939, Brown and the archaeological team found 263 objects buried in the central chamber of the enormous Anglo-Saxon ship.Iron rivets, identified as being part of the seafaring vessel, was the first clue that alerted the archaeologist of the huge ship buried on the site, according to Brunning.

As the archaeologists dug deeper, they found themselves stunned by the scale, quality and sheer diversity of the trove.Among the artifacts unearthed were fine feasting vessels, deluxe hanging bowls, silverware from Byzantium, luxurious textiles and gold dress accessories set with Sri Lankan garnets.

The grave’s burial chamber was laden with weapons and high-quality military equipment.A shield found inside is believed to have been a diplomatic gift from Scandinavia; shoulder clasps appear to be modeled on those worn by Roman emperors, suggesting the armor’s owner drew from different cultures and power bases to assert his own authority.

The artifacts also included a belt buckle with a triple-lock mechanism, its surface adorned with semi-abstract imagery featuring snakes slithering beneath each other.Brown found gold coins that had been minted in the Aquitaine region of France with an ornate lid adorned in reddish garnet.The purse’s cover is now considered one of the finest examples of cloisonné, a style in which stones are held by gold strips.

Though metal items survived in Suffolk’s acidic soil better than organic objects like fabric and wood, the team did find a number of unexpected artifacts, including a well-preserved yellow ladybug .

“Every part of the burial site is an important piece of the puzzle, even something as simple as small wooden cups,” says Brunning.“Most people (who see the collection) tend to walk past them because they’re not shiny.

But when we analyze these objects and look at how they are laid out and the type of labor that went into them, they would have taken time to make.

So even the smallest, most shriveled objects are important.”

Elaborate ship burials filled with treasures were rare in Anglo-Saxon England, particularly toward the latter end of the early medieval period.The wealth of grave goods found at Sutton Hoo—as well as the positioning of the ship and its contents, which would’ve required a considerable amount of manpower to transport—suggest its onetime inhabitant was of a very high social status, perhaps even royalty, but the individual’s identity remains a mystery.(An oft-cited candidate is King Raedwald of East Anglia, who died around 625.) By 1939, notes the British Museum , all that was left of the deceased was a “human-shaped gap among the treasures within.”

According to Brunning, Raedwald ruled around that time and “may have had power over neighboring kingdoms, which would have earned him a good send-off.” A replica of the famed Sutton Hoo helmet ( Public domain via Wikimedia Commons )

The most iconic item to come out of Sutton Hoo is a helmet decorated with images of fighting and dancing warriors and fierce creatures, including a dragon whose wings form the headgear’s eyebrows and tail its body and mouth.Garnets line the eyebrows, one of which is backed with gold foil reflectors.Found highly corroded and broken into hundreds of fragments, the armor was painstakingly restored by conservators at the British Museum in the early 1970s.

On July 25, 1939, Pretty hosted a reception at the Sutton Hoo site to celebrate the conclusion of the dig.The land next to the excavation site was fashioned into a viewing platform.The British Museum’s Phillips delivered a short speech about the ship, but was drowned out by the roar of the engine of a Spitfire flying overhead as England prepared for war.

Shortly after that, news of the excavation’s findings started to appear in the press, in part from information leaked by a member of the excavating team.A few days later, the Sutton Hoo artifacts were transported to the British Museum, and after some legal wrangling, they officially became part of the collection as a gift from Pretty.

The public first got a look at the artifacts in a 1940 exhibit, but that opportunity would be short-lived as they were secreted away in the tunnels of the London Underground for safekeeping during the war.After the Allies’ victory in 1945, the trove was returned to the British Museum where conservation and reconstruction work began.

But analysis of the artifacts generated more questions, and the Sutton Hoo burial ground was re-excavated using advances in science to improve analysis.

In 1983, a third excavation of the site led to the discovery of another mound, which contained a warrior and his horse.

Today, the Sutton Hoo artifacts remain on exhibition at the British Museum, where each year, in non-pandemic times, visitors view the extraordinary treasures of an Anglo-Saxon king buried in grandeur 1,400 years ago.More than 80 years after Brown started sifting through the sandy soil of Sutton Hoo, the treasures he unearthed are undiminished.As he wrote in his diary in 1939, “It’s the find of a lifetime.” Like this article?. 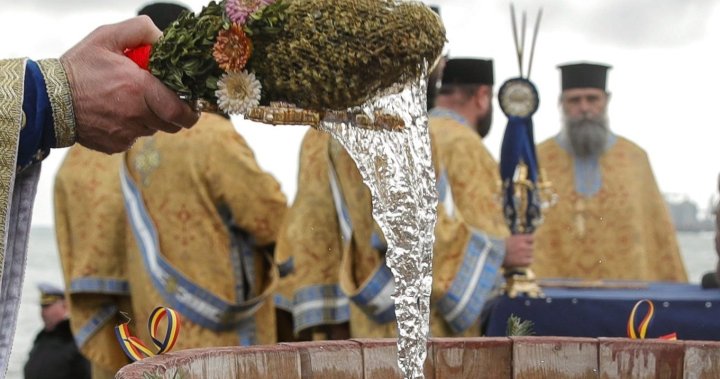