7:41 Trump challenges the vote and takes legal action President Donald Trump, who created confusion by claiming victory before all votes had been counted, is now challenging the lengthy ballot counting process.Carlos Barria/Reuters The TAKE with Rick Klein

As the legal cases have narrowed , the theories have gotten wilder — now to include outlandishly and outrageously sprawling conspiracies that are supposedly keeping President Donald Trump from a second term.

They are riddled with half-truths and worse.They will not keep President-elect Joe Biden from assuming the presidency Jan.20.

But Trump’s post-election legal and political efforts are ending not with a whimper but with wild-eyed accusations and last-ditch political maneuverings.Both are testing the foundations of democracy , while flirting with dangerous forces that appear increasingly likely to undermine the Biden presidency at a time where the nation could use some unity.

13, 2020.At the White House on Friday, Trump will host top Republican legislative leaders from Michigan.The only real reason to have them over: to convince them to ignore their state’s voters and name their own pro-Trump electors, as part of a broader effort to convince friendly officials to overturn election results across several key states .

Biden expressed confidence that he would be certified the winner in Michigan — where his lead is upwards of 150,000 votes — and of the presidency.But handicapping the likelihood of Trump’s success — which is next to nil — isn’t sufficient at the moment.

The president has lost the election, and Biden and his team are losing time in coordinating on COVID-19 and much more.

There’s still more that Trump’s backers and the nation as a whole could lose before the president leaves office.

The RUNDOWN with MaryAlice Parks

The most shocking part of Rudy Giuliani’s press conference Thursday was the location.Yes, his message was full of the kind of outlandish and nonsensical conspiracy theories usually found in dark corners of the internet, but he was given the green light to hold the event at the Republican National Party headquarters.

He may have sounded delusional, but he had the implicit backing of the entire Republican Party.

I think every legal vote should be counted,” he said, which of course was not clear and not to the point.

So far, Biden has answered the president’s political waves with calm.

He was asked Thursday what his message would be to immigrants who came to America for its political stability and democracy.

Biden stuck to his trademark philosophy this week: that a sick nation is best healed with slow and bipartisan work and that undemocratic moves are best countered with actions that look presidential.

The TIP with Kendall Karson

It’s an extraordinary gambit, but one that Trump is now actively pursuing.

With Michigan’s certification process thrown into turmoil by repeated reversals from two Republican members of the Wayne County board of canvassers, Trump is capitalizing on the chaos and sowing serious doubt along the way.

Robin Buckson/AP Wayne County Board of Canvassers Chair Monica Palmer, left, talks with Vice Chair Jonathan Kinloch before the board’s meeting in Detroit.Nov.17, 2020.It’s a stunning move that comes just days after members of his legal team have been openly suggesting that their last recourse might be the GOP-controlled legislature intervening by overriding the will of the people and choosing their own slate of pro-Trump electors to vote for the president at the Electoral College’s December meeting.Michigan Secretary of State Jocelyn Benson called it “improper” for any candidate, of either party, to “attempt to interfere with or obstruct” in the ongoing process to certify .

As Trump tests the bounds of his grip on the GOP, his latest maneuver is in arguably the hardest swing state to win back: Biden leads in Michigan by more than 150,000 votes.The state board of canvassers is set to certify the election statewide on Monday.

The prospect of the Michigan Legislature intervening in a process that by state law they are not involved in is not one that has been publicly embraced in Lansing.Shirkey told Bridge Michigan, a local news outlet, “that’s not going to happen,” and a spokesperson for Chatfield has told ABC News that the speaker has been clear about his position that the person who receives the most votes in Michigan will receive Michigan’s electoral votes.

If the state legislature were to appoint pro-Trump electors, under pressure from the president, Samuel Bagenstos, a professor of law at the University of Michigan, who specializes in constitutional law, said it would be an “outrageous subversion of democracy.”

WHAT YOU NEED TO KNOW THIS WEEKEND

Download the ABC News app and select “The Note” as an item of interest to receive the day’s sharpest political analysis.

The Note is a daily ABC News feature that highlights the key political moments of the day ahead.The Note will be back after Thanksgiving on Monday, Nov.30.. 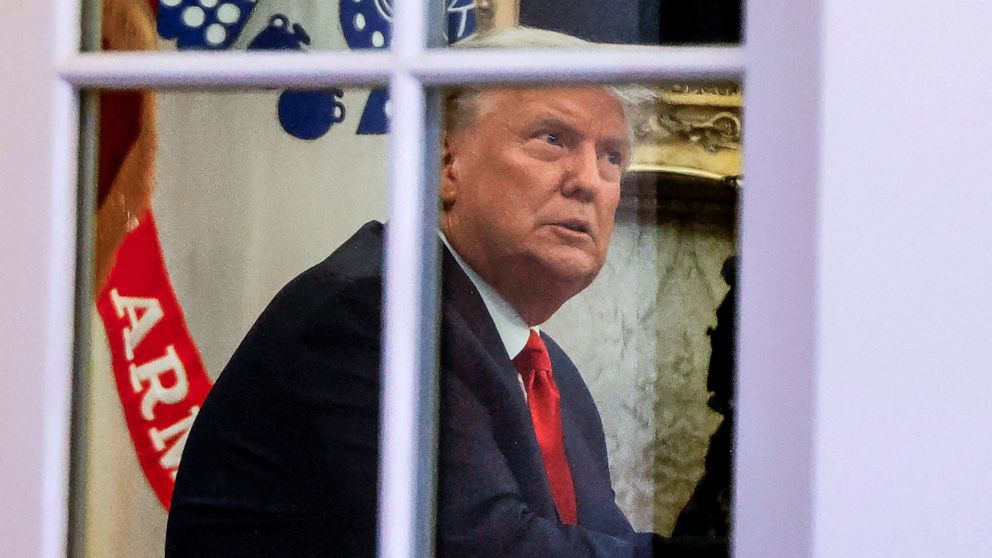