On the mornings of September 13, 14 and 15, 2020, look for the waning crescent moon and dazzling planet Venus in the east before sunrise.If you have very good vision, you might even glimpse these bright beauties after sunrise, in a blue daytime sky.After all, the moon and Venus rank as the second- and third-brightest bodies to light up the sky (after the sun).

On September 15, if you’re up for a challenge, try your luck spotting the star Regulus near the moon.Regulus is the brightest star in the constellation Leo the Lion .It’s one of the brightest stars in the sky.But the sun and Regulus were in conjunction on August 23 ; on that day, this star rose and set when the sun did.

Now, this star is returning to the east at dawn, and so – if you see it at all – Regulus will appear faint against a bright twilight background.Venus will be easy on September 15, 2020.For a challenge, try your luck at spotting Regulus – the Lion’s Heart – near the moon.Binoculars will be helpful.

Like Earth’s moon, Venus displays the full range of phases in Earth’s sky.Unlike the moon, you need a telescope to observe Venus’ changing phases.Given that the moon and Venus are nearly at the same place on the sky’s dome on September 14, you might expect the moon and Venus to display a similar phase.

From North America, the waning crescent moon will be only about 12% illuminated by sunlight on the morning of September 14.To know more specifically how much of the lunar disk is illuminated right now or at a given time, check out Heavens-Above or The Moon Tonight .

On the other hand – on September 14, 2020 – Venus will be exhibiting a waxing gibbous phase, with its disk 65% illuminated.To know how much of the Venusian disk is illuminated by sunshine, go to Astropixels.com and look under the column Phase illumination .

At the quarter moons, we see 1/2 of the moon’s daytime side and 1/2 of its nighttime side.Read more: Understanding moon phases

It’s now speeding ahead of us in its smaller, faster orbit.The chart below, from Fourmilab, shows Venus with respect to Earth on September 14, 2020.

And by the way … it takes our moon about 29.5 Earth-days to complete its cycle of phases (new moon to new moon, or full moon to full moon), whereas it takes Venus about 1.6 Earth-years to complete its cycle of phases (new Venus to new Venus, or full Venus to full Venus).Here’s the inner solar system on September 14, 2020.The moon isn’t shown.Earth is blue, and Venus is white.

You can see that, from our earthly perspective, we’re gazing at Venus now to one side of the sun, and thus we see a 65%-illuminated phase.Image via Fourmilab .

Venus is at full phase at superior conjunction, on the far side of the sun from us.We see it at the new phase at inferior conjunction, when it’s passing between us and the sun.That happened last on June 3, 2020.The cycle of Venus’ phases happens over a period of 584 Earth-days (1.6 Earth-years). 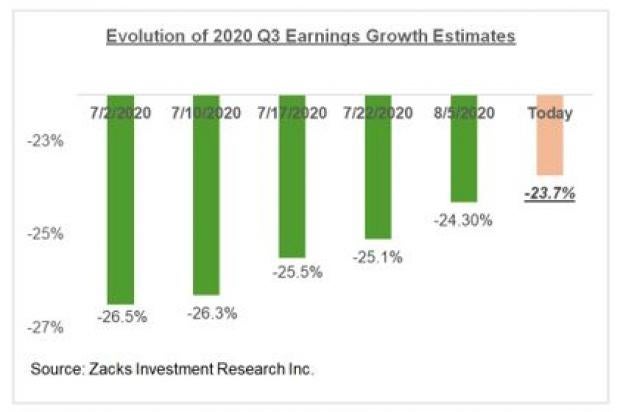 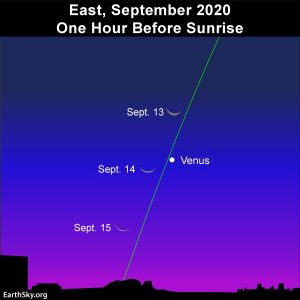