In our politically-divided country, three local teens teamed up to help Rhode Islanders choose who they are voting for based on individual preferences.

The platform is called Candivote.org , and it’s guaranteed to make great strides for democracy as we know it in Rhode Island, and someday maybe the whole country.

Arvind Sridhar, first-year student at Brown University, Shivesh Mehrotra, first-year student at Yale University and Lucien Gaitskell, a senior at the Wheeler School, first came up with the idea for Candivote in May.The three said they had all realized the importance of politics while in school together and wanted to find a way to create change within Rhode Island.

“Together, we’ve all sort of developed an interest in technology and politics, and taking similar classes, we were all involved in similar discussions.It came up as a natural extension of these topics once we graduated to be able to wrap it all together in creating a platform like Candivote ,” says Sridhar.

The idea took the shape of a website where users are instructed to take a fifteen-question survey, which asks situational questions that allow people to answer based on their values and what type of change they would like to see from their politicians.The website matches users with politicians in their town or city that align with their answers to the questions.Additionally, the website provides insight into the politicians’ platforms and backgrounds.

The team split their responsibilities equally, with each focusing on different missions of the company.Sridhar, the CEO, focuses on the business and marketing of the site; Mehrotra, the COO, is responsible for outreach, research and the survey questions; and Gaitskell, the CTO, leads the development and the creation of the Candivote.org platform.

In creating this platform, Sridhar, Mehrotra and Gaitskell say one of their main focuses is to educate themselves in the process.

In creating the platform, they realize how little they know about their local government.With that in mind, they made the website as user-friendly as possible to ensure the education of Rhode Islanders as well.

“One thing everyone seems to agree on is that the country is so divided, and it’s so hard to understand how to create tangible change from the ground up,” Mehrotra says.“We did all this research and learned about our local politicians.

At the end of the day, that’s who decides what’s going on in your community.It is so important to understand how to create change there.

We want to help educate others and also increase our own involvement in local politics.”

Additionally, they wanted to further enforce the idea of democracy, which they feel has been buried under the debates and division of ideas and values during elections throughout the past few years.

“People are often upset with how politics are transpiring.They don’t feel that the government is representative of their ideals and needs,” Sridhar says.“What we’re trying to create is a product that ensures the democratic process, where voters have the power to create change.”

According to the website, “Candivote believes that local elections are equally important as national elections, and we hope to embolden both first-time and experienced voters to vote for the candidates that will uphold their ideals and values on all levels of government.Our platform is designed to remove the divide that exists in party politics and return to the roots of ideological democracy.”

The website’s beta version, which will roll out in a few weeks, will cover Rhode Island’s mayoral elections for fall 2020.

“We decided to focus on our home state since we all went to school in Providence,” Mehrotra says.

“We’re lucky that Rhode Island happens to be the smallest state.We plan to cover every mayoral election in Rhode Island, and we’re hoping to get full candidate responses.”

According to Gaitskell, this is a perfect time to work on Candivote.org due to the current nature of politics, and the changes being made in education schedules.

“For high school, it’s a hybrid set up, so we’re remote part of the time and in school part of the time,” Gaitskell says.“There will definitely be a little more free time, so I’ll definitely have time to continue working on Candivote.That work is needed because technology has to be built to deliver the platform.I am certainly not planning to stop working on it.”

With this, the team said their focus on Rhode Island is just the beginning of the Candivote movement.They hope to eventually grow the platform to reach the entire country.

“There’s so much expansion potential,” Sridhar says.“There are over 500,000 politicians in the United States.What we ideally see this becoming at the end of the day, is a product that makes elections more transparent, more equal, more representative of the voters’ needs and values.

We want to lay the base foundation this fall in Rhode Island to prove that it can make change, and then build off of that.”

The quiz platform will be free for everyone to use, but eventually, the team hopes to offer different levels of engagement which can be paid for.

This will include donations so that Rhode Islanders can see that their money is going straight to the campaign of their choosing, and even interactions with politicians such as messages or in-person discussions.

Visit Candivote.org to take the quiz and learn more about local politicians.And follow the team on Instagram @candivote ! RELATED ARTICLES. 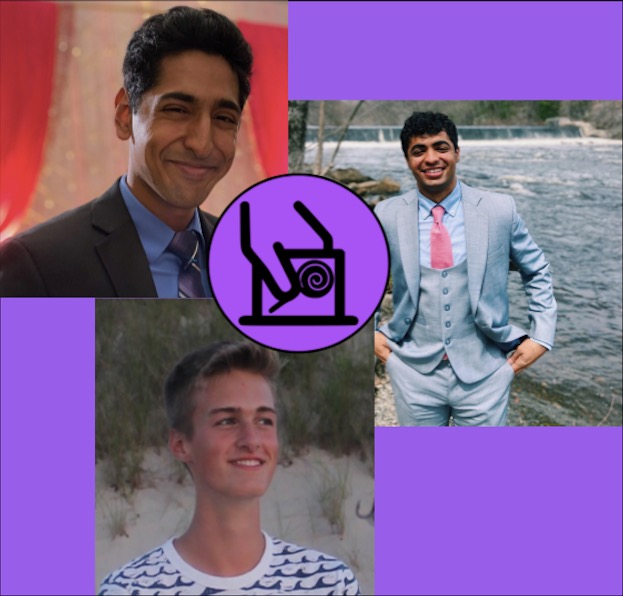