(CNN) A large crowd of far-right groups gathered for a “sit-in” at Berlin’s iconic Brandenburg Gate on Saturday to protest against the German government’s coronavirus restrictions.
A march earlier Saturday that was criticized by police for not adhering to rules on social distancing and face masks was halted by organizers.The march, which was named by organizers as “Day of Freedom — The End of the Pandemic,” included anti-vaccine groups and some far-right and neo-Nazi organizations.On livestreams of the event, some protesters could be heard yelling, “We are the second wave.” Protesters, mostly unmasked, attend a rally in Berlin against coronavirus restrictions.Current coronavirus guidelines in Germany stipulate that people must maintain a distance of 1.5 meters, or about 5 feet.Where that is not possible, face masks must be worn.Berlin police said on Twitter that most of the protesters were not adhering to social distancing rules or wearing masks.”Our colleagues are using loud speakers to urge the adherence to the rules.

We are also documenting non-compliance for possible later prosecution,” Berlin police tweeted, adding that a criminal complaint was filed against one of the march’s organizers for not adhering to hygiene rules.

Read More Police warned the roughly 17,000 protesters who participated in the march they would only be allowed to participate in the demonstration if they wore face coverings and maintained social distance.A livestream from the protest showed almost no one wearing a face mask, although the master of ceremonies told the crowd from the stage to maintain physical distance so as not to give the authorities “a pretext” for breaking up the event.Protesters march down Berlin’s Friedrichstrasse during a demonstration against Covid-19 restrictions.Germany recorded 955 new coronavirus infections in a 24-hour time span for the first time since the beginning of May, according to data from the Robert Koch Institute , Germany’s agency for disease control and prevention.The data was published Saturday morning but reflects Friday’s numbers.The last time Germany recorded a higher number of new coronavirus cases was in May.

The German government has been warning about a new spike in coronavirus cases after the pandemic had largely been brought under control.The institute says lax enforcement of social distancing and hygiene rules as well as travelers returning from abroad are to blame for the steep rise in cases.

Germany’s economy minister Peter Altmaier said in a Twitter post on Saturday that this new number is “alarming” “Especially since it is not large ‘hot spots’ but smaller clusters of infections.The main risks need to clearly be named so that a more targeted prevention becomes possible,” Altmaier wrote.Starting Saturday, all travelers coming to Germany will be able to get free coronavirus tests up 72 hours after arrival, according to a new directive from Germany’s health ministry.For the latest on the coronavirus pandemic, go here . 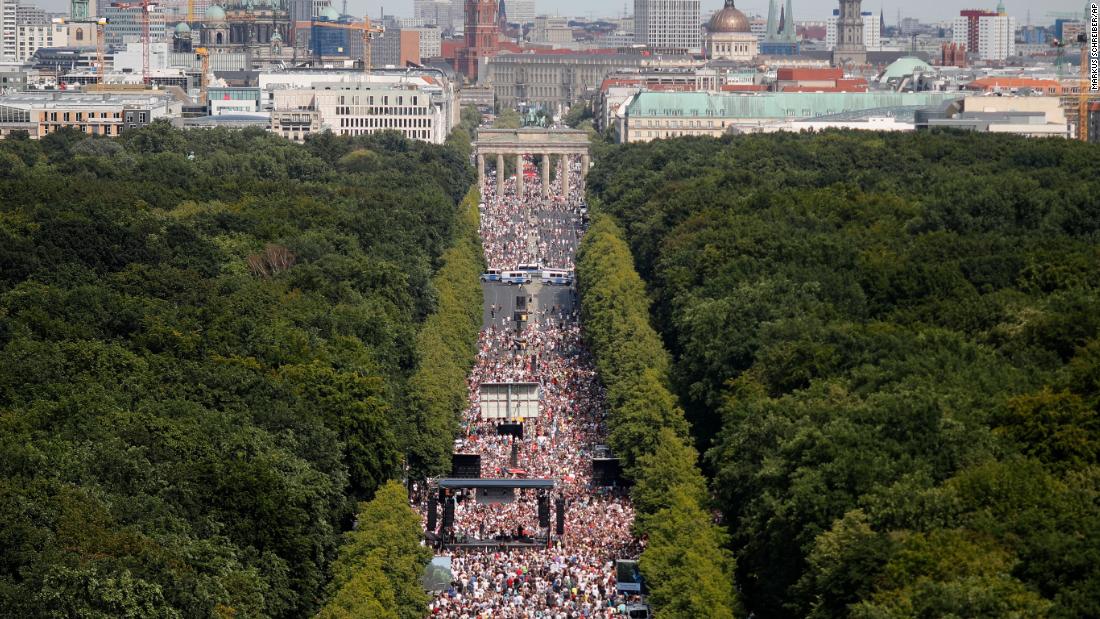